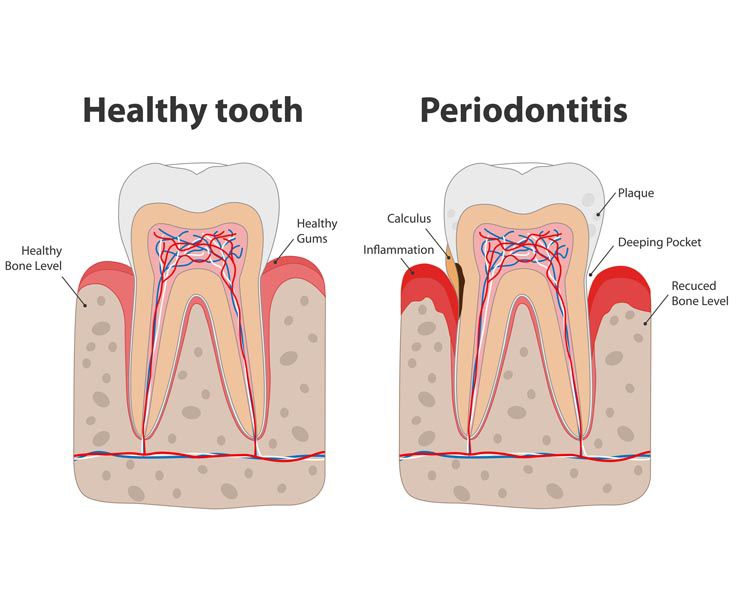 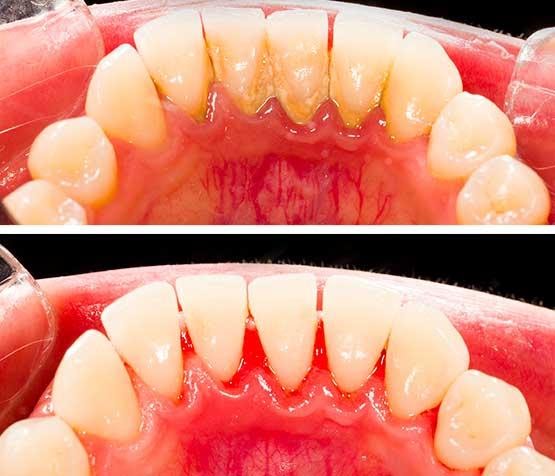 Periodontitis is a serious oral condition that affects the gums. It is characterized by certain serious symptoms, and if left untreated for a long time, it can take a massive toll on one’s oral health. It is known to cause decay of gums, loss of teeth, and jawbone deterioration as well.

How does one develop periodontitis?

Like most oral conditions, periodontitis is caused due to the accumulated plaque and tartar deposits. Plaque is a thin, transparent film of bacteria that forms all over the teeth. Over time, plaque turns into a dark, hard, sticky, and difficult-to-remove substance called tartar. Tartar contains thousands of bacteria that release harmful acids when they feed on the food debris in the mouth. These acids inflame and decay the gums.

In certain cases, oral trauma can also lead to periodontitis. Injuries to the gums can cause cuts and bruises that expose the tissues to the microbes in the mouth. It starts off as a mild condition called gingivitis and eventually advances to become periodontitis. Cavities and root canal infections can also cause gum diseases.

What are the symptoms of periodontitis?

How can this gum disease be treated?

Since periodontitis is mostly caused due to the tartar deposits close to the gums, getting rid of them can ease the condition and reduce its severity. Hence, we recommend undergoing scaling and root planing procedures. Scaling involves the removal of tartar deposits from the surface of the teeth and root planing to get rid of the microbes from the root surfaces. It is also used to smoothen out the root surfaces that have imperfections.

Next, the decayed gum tissues will have to be removed. For this, we use a hand-held laser. The laser instantly vaporizes the infected tissues and seals the wound, which eliminates the chances of bleeding and reduces pain during the procedure significantly. In the case of gum receding, healthy tissues can be extracted from the palate and grafted to the affected area, thereby replenishing their volume. Medication may also be suggested in the form of surface applicants or oral pills.

To know more, contact our office today and schedule your appointment.

Thank you for submitting your request. Our office will get back to you.